MOIL has carefully preserved the legacy of its historical moments and created this Manganese Museum which will enlighten the growth of manganese mining industry in India not only for MOILIANs but also for the general public, especially younger generation.

MOIL has taken efforts and the glorious past and the phenomenal growth of MOIL have been depicted in the form of a MANGANESE MUSEUM at its Corporate Office. The museum incorporates the following facilities:

·Full fledged model of opencast mine. 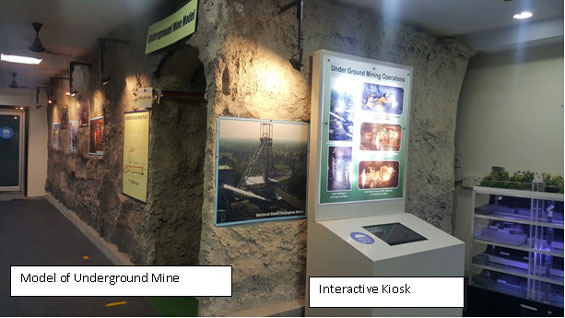 ·Samples of various grades of ore.

The historical moments have been meticulously organised in the Museum and takes one back in time and down the memory lane. In addition to the past history, every important event of MOIL in the coming years will also be added to this place so that the future generation has the opportunity to understand the pains and efforts involved in the growth of MOIL

A visitor to the museum will be able to better understand about manganese mining industry. In fact, MOIL mines have high standard of safety and the myth about the hazardous nature of mining may be erased to a large extent. Especially, the younger generation may be enthused to choose mining as a career.